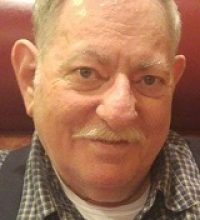 As per Joel’s wishes he honored his Jewish heritage by internment within 24 hours and a simple casket with Rabbi David Steinberg presiding.

Announcing with great sadness the passing of Joel Barry Peresmik on August 20,2019. Joel was born February 17,1949 son of Milton and Shirley Peresmik.

He graduated from Taft High School in 1967 and after National Guard training attended Westchester College where he discovered his love of radio . After a dream job on the Richard Hall TV show he worked in sales and lived in Queens ,NY until 2002 when he moved to Duluth , MN to share his life with Cheryl and her family. The cold winters mellowed him out and he grew into the handholding “always kiss me goodnight” guy Cheryl adored who could converse on almost any subject. After 2011 retirement ,Joel enjoyed hosting a FB 60’sand 70’s music radio show every Thurs. Joel is survived by his forever love Cheryl Koski of Duluth, her children Katrina Carter (Bryan Gibson), Brian Flick (Rita Miner), Andrew Flick (Nikki) and Jacob Flick plus Cheryl’s 10 grandchildren, daughter Jill Mills (Scott) of Kansas City and grandchildren Kaitlyn, Violet, Aimee and Alexander his first Wife, Sandy Cain of Brooklyn ,NY.

Preceded in death by his parents and sister Vivian.

Services were held at Forbes MN Cemetery on August 21,2019 at 1 PM. As per Joel’s wishes he honored his Jewish heritage by internment within 24 hours and a simple casket with Rabbi David Steinberg presiding. Arrangements were by Affordable Cremation and Burial of Duluth, MN.