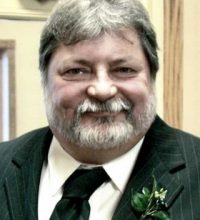 He was a 1975 graduate from Superior Senior High School. Walt was employed by the City of Superior at the Waste Water Treatment Plant until his retirement in 2012. Some of his life passions and hobbies included creating camping memories with friends and his two sons, leading and involvement with the boy scout troops, taking family trips with the most recent being to Florida. Walt thoroughly enjoyed the camaraderie of his Thursday night bowling league and the Vegas adventures he shared with his teammates. It is no secret to everyone that knew Walt that his greatest passion and achievements in life were his grandsons and all they are involved in.

Walt is preceded in death by his parents and brother Bill.

He is survived by his two sons, Nick (Deanna) and Nate (Jennie) of Superior; sisters Margaret Gilbertson of St. Paul, MN and Angie (David) Rikkola of Superior. Walt is “Grandpa Sonny” to Symon and Brogan Benjamin, Cayden Reamer and the joy of spending the time he had with Soren Benjamin his newborn grandson. He also shared close family ties with nieces and nephews who will always have the cherished memories of family events and holidays.