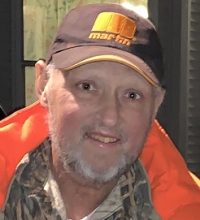 Timothy Gene Scheer, 61 of Cloquet passed away peacefully after his battle with prostate cancer on Monday December 14, 2020 at home surrounded by his family. He was born June 8, 1959 in Duluth, MN to Donald and Patricia Scheer. On April 8, 1983 he married the love of his life Debra Kummala.

Tim graduated from Denfeld High School in 1977. After high school he worked for Exxon in Louisiana. In 1981 he completed Technical college with a welding degree and began working at Clyde Iron in Duluth. 1983 Tim entered the Navy Reserve where he served 8 years and also began working at Barko. Tim continued working for many companies for the next few years such as Marine Iron and Reach All. 1994 he began working for Potlach and continue working there when they switched to Sappi in the Maintenance Dept. Tim retired from Sappi November 1, 2020. He enjoyed his crew and will be missed by them all.

Tim raised his family in Cloquet, with his wife (girlfriend) Debbie, children Brandon, Elizabeth and Skylar. He enjoyed spending time with them on many adventures. Tim enjoyed storytelling, telling jokes, hunting, fishing, camping, classic cars and garage sales. The jewels of his life were his grandkids, Reven, Racelyn and Acira King, Liam and Aiden Scheer.

Tim is preceded in death by his father Donald Scheer, father in law Elmer Kummala, mother in law Mary Kummala and grandchildren Payton and Hunter Scheer.

Thank You to our friends and family who have supported us through this journey. A special Thank You to Donna and Nicole with St. Luke’s Hospice for their excellent care.