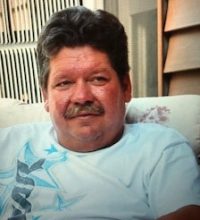 Obituary Viewed 1067 times
Scott Ervin Gravening passed away November 17,2021 surrounded by his loved ones. Scott was born January 5,1966. He graduated from Superior Senior High school in 1984 then moved to Arizona for 11 years. He married Kelly Brown in 1989. Scott worked in construction for various companies throughout his career and also was self employed as a contractor. Scott was an avid Green Bay packer fan, enjoyed working in his garden, fishing and hunting. He loved spending time with his son and his grandchildren.
Scott was Preceded in death by his father Owen Gravening. Survived by Kelly, son Tyler(Samantha)Gravening, 2 grandchildren. siblings; Deanna(Brad)Moen, Kimberly(John)Deer, Anthony Gravening, Jamie Young. Stepmom Mary(John)Jendrzejewski. A celebration of Scott’s life will be held on Saturday December 18, 2021 from 1130-2pm at Log Cabin in Superior Wisconsin.