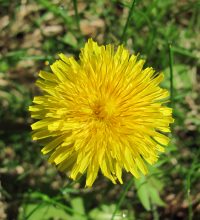 Ronald passed away at home on August 18, 2021 as he wished. He passed away due to Agent Orange related Parkinson’s Disease after a a long battle with the disease.
Ron was born on April 6, 1945 in Charlotte, North Carolina. He was a military child, and thus traveled around the world.
He attended college for computer programming, and was trained as a drafter and military intelligence in the Air Force. He served in the U.S. Air Force from 1965-1974. He was a Vietnam War Veteran. In the military, he served as a drafter, Intel Operation Specialist and Investigator for Military Intelligence, and a Top Secret Courier. He saw the world in his military service.
After an Honorable Discharge from the military, Ron worked in a variety of positions to include: working with the disabled, school bus driver, over the road trucker and regional semi truck driver.
He loved computers, sports, gardening, watching the butterflies and birds at the feeders, and family. He had a wonderful sense of humor, and had a way of turning lemons into lemonade in life.
Ron is preceded in death by his parents, brothers, and step son Garrett Young. He is survived by his wife, Kathleen Hern of Duluth; Sons James Murray(Christie) of Kaukauna WI, and Joseph Murray(Jodie) of Buffalo MN. He also is survived by step sons; John D. Young, Jr of Reynoldsburg OH, Bryan Powers of Duluth, and Andrew Powers of Minneapolis MN. He also is survived by his dog, Charlie, who absolutely adored him..especially at dinner time. He has 3 grandchildren and 5 step grandchildren.
As per Ron’s request, there will be no funeral services. He will be interred at the Duluth Veteran’s Cemetery in Duluth in a private ceremony for family.