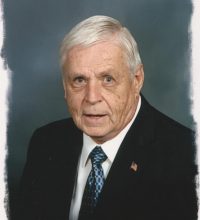 A lifelong resident of Duluth, Richard was born December 15, 1932 to Allan and Lillian Peterson graduated from Central High School in 1950, served with the US Navy during the Korean War, and received a business degree from UMD.

Richard married Donna Jacobs on May 20, 1961, and together they raised their three children. He enjoyed skiing, golf, and many years hunting and fishing with family and friends. Richard was a kind and gentle person and will be greatly missed.

He is preceded in death by his parents; son Neil; sister Elaine, and brother Marshall.