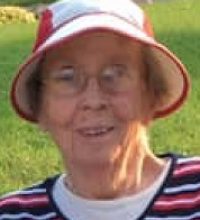 A family memorial service will be held at a later date.

Renora Julienne Sundqust Henricksen, 82, died Monday, July 6, 2020 at Edgewood Memory Care Unit in Hermantown, MN. Renora had resided there since 2016 and recently was under hospice care. She was born September 9, 1938 in Chisholm, Minnesota to Ray and Ora (Hill) Sundquist.

Renora graduated from Chisholm High School and worked in health care offices for many years, including St. Luke’s Hospital in Duluth in the Home Care department. She said this was her favorite job.

She married Kent Henricksen on November 4, 1966. She was a devoted wife and mother, raising a daughter and a son. She was an amazing holiday hostess for her large extended family for many years. Renora enjoyed many days at their Oak Lake cabin and trips to warm climates with her husband and daughter.

Renora is survived by and will be very much missed by her son, Kent (Leah); grandchildren Kolton, Kaylen and Koben Henricksen; sisters, RuthAnn (Robert) Glirbas; Roxanne (Jerry) Kaldor; brother, Tim Sundquist; many nieces and nephews; extended family; as well as friends.

A special thank you to all who loved and cared for her at Edgewood Memory Care.

A family memorial service will be held at a later date.