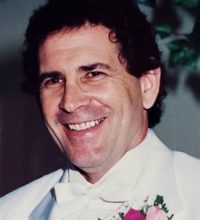 Due to Covid and Minnesota weather, a private service will be planned in the spring.

“Pete” was born on February 17th, 1943 in Brooklyn, New York.  Pete was raised in Queens (Bayside) New York. He enlisted in the Army in 1962 and served as a Radio TT Operator.  After he served his country, he found his niche in sales and finance, most notably in the general operations of the auto industry in Florida and California. Pete was a gifted salesman and had a loyal following.

Pete was a member of the local Carlton County #18 DAV.  Pete did not have a local church due to his recent move to Minnesota, health, and Covid but he thanked the Lord every day for giving him extra time and the many caregivers who did their best to extend the life he enjoyed so much.
Pete thrived on making people laugh and feel good.  He never met a stranger, young or old.  He will always be remembered for his humor, contagious smile, and his laugh.
Pete was preceded in death by his parents,  Alfred Valencia and Pauline Sherman, brother Harvey Valencia.
Pete leaves behind his wife and best friend Deborah Valencia, daughter Terry C. Valencia and granddaughter Kyra Valencia, his stepson John P. Jones and step-granddaughter Stella Jones.
Due to Covid and Minnesota weather, a private service will be planned in the spring.