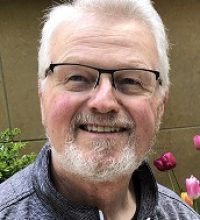 A private celebration of life will be held at a later time.

Obituary Viewed 1203 times
Paul Stuart Kuehl passed away on July 3, 2022, in Duluth, MN while residing in the Solvay Hospice House.  Paul died from complications of ALS.
Paul was born in southern MN to parents Harold and Benita Kuehl on May 4, 1953.  Paul was a 1970 graduate of St. James High school where he was an athlete of football and baseball.  He also began his fast pitch softball career while still in high school.  In his many years of playing softball, he was part of state championship teams.  He loved the team spirit and camaraderie of playing a group sport.
Paul was married in 1987 to Marcy Vogt.  They enjoyed traveling whenever possible and made their first home in Roseville before moving to Andover and finally to Duluth in 2015.  Paul was a gifted woodworker and enhanced each home with his woodworking projects.   Paul enjoyed the open road and was an owner operator of his own trucking company.  He sent many posts from the road to let his followers know where he was on any given day.
Paul was an athletic person who enjoyed downhill skiing, bike riding and golfing.  He had a golf foursome where talking “smack” was as much fun as making a long shot.  He never turned down a good looking dessert and was a light hearted person who made friends easily.
Paul is survived by his wife, two brothers (Peter and Phil) and their families, many cousins and lots of friends.  The family asks for memorials be given in his name to the MN ALS Association in lieu of flowers.  A private celebration of life will be held at a later time.