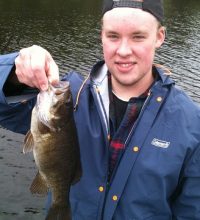 Celebration of life gathering will be held at a later date.

He was born in Duluth, MN on March 12, 1993. Nick graduated from Duluth Central High School in 2011. He then attended Lake Superior College where he earned his Associate of Arts degree, and went on to work in the insurance field. He was a wonderful grandson, son, brother, nephew, cousin, and friend. Nick enjoyed deer season with his family in Palo, MN, fishing in Canada with his brother Nathan and the cabin crew, vegetable gardening, and many cookouts with his friends at home.

Nick was preceded in death by his father Vern Bradley Hietala.

He is survived by his mother Darla and step-father David Tarnowski, his beloved brother Nathan Tarnowski, and many family members and friends. His Aunt Sandra and her husband Tom, and his Uncle Lyle were truly special in his life and brought him much joy. He was surrounded by much love in his life and will truly, truly be missed.

Celebration of life gathering will be held at a later date.