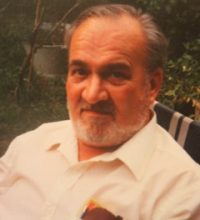 Private family services will be held.

Michael G. Barratt, of Duluth, died peacefully on 5th October, 2015 at the Franciscan health center, with his wife at his side.

Michael was born on January 26th, 1927 in Edmonton, England, to George and Marjorie (Oldham) Barratt, both teachers. He was educated at Stationers Company school and Oxford University, from where he received a DPhil in Pure Mathematics. Michael taught for several years at Oxford before moving to Manchester University as reader then full professor. In 1970 he moved to Northwestern University, where he remained until his retirement. Known for his research in topology and his excellent and committed teaching, Michael retired as an Emeritus Professor in 1999. In 2002, he and his wife Eileen moved to a Duluth property they shared with daughter Kathy (Ron) and grandchildren Chloe and Miles. In 2007, Michael moved to Bayshore and then to the Franciscan Health Center on Park Point. Throughout, Michael retained his charm, wit, his love of poetry and music and his insatiable curiosity.

Michael was preceded in death by his parents and only sibling, David.

In the US, Michael is survived by wife Eileen, step-daughter Kathy, step- grandchildren Chloe and Miles and step-son David.

Cremation will be private and a celebration of Michael’s life will be held both in the US and the UK at a later date. Memorials are preferred to the Franciscan Health Center or the Salvation Army, Michael’s favorite charity.

The family wishes to express heartfelt thanks to the Franciscan, whose ethos and care have been wonderful, and to the Essentia hospice team for their warmth and support.