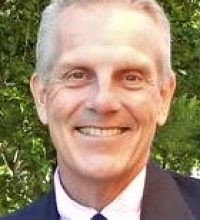 Mark R. McGreevy, 58, of Duluth, MN fell asleep in death on February 26, 2020 due to complications of pancreatic cancer. Mark was born October 28, 1961 to Robert and Florence McGreevy.

Mark was a member of the West Duluth Congregation of Jehovah’s Witnesses. Mark’s love was teaching Bible truths and the application of Bible principles in daily life. He devoted his life to preaching the good news of God’s Kingdom and was known for his deep appreciation for the Scriptures. He spent many years volunteering in New York at the World Headquarters of Jehovah’s Witnesses. During his seven-year battle with cancer, he often spoke of his deep faith in the fulfillment of Bible promises such as the future earthly resurrection.

Mark taught welding at Wisconsin Indianhead Technical College and will be remembered for his patience and seeing the potential in each of his students.

Mark was known for his sharp sense of humor. He had a deep compassion for anyone in need and loyally supported anyone he called a friend.

Mark is survived by his parents: Robert and Florence, his brothers: John (Kim) and Michael (Cheryl) and sister: Susan Kildahl (Michael) as well as his nephews and nieces: Trevor, Riley and Thomas McGreevy; Grant, Reid, Elise, Quinn and Juliet Kildahl.