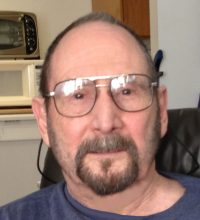 Lyle Eugene Patchen died peacefully due to surgical complications on November 9, 2014. He was born October 9, 1933, in Ramsey Township, Minnesota, to Leslie and Geneva Patchen. Growing up in Anoka County, he and his older twin brothers attended Anoka High School. One of his brothers was killed in the Korean conflict.

Upon graduation, he enlisted in the US Air Force. He served from 1952-1956, during which time he was stationed at air bases in Texas, Colorado and Florida. He worked with radar equipment and on the flightline. He married Mary Brindle while he was in the service. They had three children, Robert, Douglas and Judith.

After leaving the Air Force, Lyle attended technical college to enhance his electrical design skills and later taught as adjunct faculty there. Over the years, he did contract work for a number of large companies as an electrical engineering design specialist. This kept him traveling often in the 60’s and 70’s.

Lyle married Kathleen Dunn in November 1984, and they lived in Coon Rapids. He worked at Sperry Univac for several years as a computer design engineer. Then he and Kathy started a small production business after he obtained a patent for a printed circuit boardcooling design. In his retirement, he took a part-time IT position at Office Depot. He thoroughly enjoyed working with customers to perfectly fit and satisfy their computing needs.

He enjoyed boating and fishing, bowling, camping, operating his riding lawn mower in the summer and snow blower in the winter, polka music, good jokes and storytelling. He loved spending time with family and his many friends.

In 2003, following surgery for Crohn’s Disease, Lyle had a stroke. He worked hard, with the encouragement of his ex-wife, Kathy, through physical and occupational therapies to regain his left-side function. A year and a half later, Kathy got breast cancer, and Lyle stepped in to cook, drive for and support her through surgery and many months of treatment. He maintained a strong friendship with Kathy, and they moved into separate apartments at Oxbowl Bend in Coon Rapids.

Lyle was a caring step-father to Kathy’s daughter, Dawn, and a devoted grandfather to Dawn and Adam’s children.Three years ago, Lyle and Kathy moved to Duluth. He delighted in his grandson’s sporting events and his granddaughter’s concerts. He was strong in his Christian beliefs and shared Bible Study with residents at Spirit Lake Manor. He was also a game-night enthusiast with bingo at the top of his list.

In May of this year, Lyle suffered an illness requiring surgery which necessitated several stays in the hospital, a rehabilitation facility and assisted living. For six months, he worked hard to ready himself for a necessary follow-up surgery, after which he planned to go back to living in his apartment. His optimism and good humor was contagious to all who knew him. He will be greatly missed.
Lyle was preceded in death by his parents, two brothers, and infant son, Douglas. He was survived by his son, Robert, and his children; his daughter, Judy, and her children; and his step-daughter and son-in-law, Dawn and Adam Stevenson, and their children, Marith and Hamish.

Lyle’s family wishes to express our heartfelt thanks to all those health and social care providers who assisted him in his last months. We especially appreciate the gracious care and support he received at St. Luke’s Hospital, Benedictine Health Care Center, the Golden Oaks Assisted Living Facility, and St. Louis County.

Lyle has been cremated and will be buried in the spring at the Fort Snelling National Cemetery in St. Paul, Minnesota. If you wish to make a donation in Lyle’s memory, please send it to the DisabledAmericanVeterans Charity.