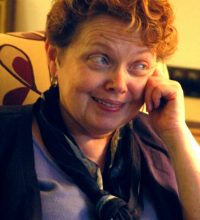 Lissa finished her long, brave battle with ALS on Thanksgiving Day, the holiday she loved to host, even from her wheelchair. Lissa touched many with her wit, humor, and independent, brave “It is what it is” attitude. Her faith in God and her hope of heaven were unshaken by the journey and were an encouragement to those who knew her.

Lissa was a graduate of East High School, the college of St. Scholastica, and The Mayo Clinic School of Health Related Fields. She worked as a cytotechnologist and then became a computer consultant for Cerner Primary Financial. Her unique background helped her provide excellent computer training for medical personnel in hospitals in the U.S. and around the globe. Her love of travel took her many places including many trips to warm climates with her parents.

She is preceded in death by her grandparents Ray and Ora Sundquist, Evelyn and Roger Henricksen and her father, Kent Henricksen.

Lissa is survived by and will be dearly missed by her mother, Renora; brother, Kent (Leah); nephews Kolton, Koben and niece Kaylen Henricksen; aunts Ruthann (Robert) Glirbas; Roxanne (Jerry) Kaldor; uncle Tim Sundquist; many close cousins, some who called her “Auntie Lissa”; extended family; as well as colleagues and many caretakers who became friends.

A special thank you to all who cared for her at Lakeshore and Solvay Hospice.