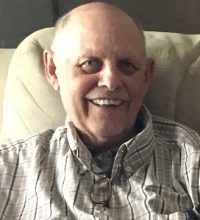 Larry grew up in Parkston, South Dakota with his grandparents. He joined the Army after High School, serving 1966-1968. Larry met Patricia Seba at the Post Office where they worked, and they were married shortly after. He worked for many years at the Elk River Post Office, and always kept busy, especially after his “retirement”.

Larry was a very kind, generous, and giving man. He enjoyed camping and the outdoors, spending time at the cabin. Larry loved his daughter and grandchildren dearly.

He is preceded in death by; his parents; wife Patricia Maron; brother Dale Diamond.