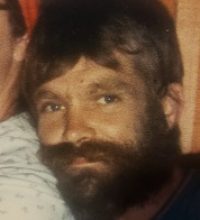 Obituary Viewed 2227 times
Kenneth Earl Galloway, 71 years old passed away on January 24th at Essentia St. Mary’s Oncology and Palliative Care Unit in Duluth, MN.  Kenn was born on 9-21-1949 in Steubenville, Ohio. His childhood years were spent in Ohio and Minneapolis, MN. His adult life was spent in and around the Stone Lake/Hayward area. He enjoyed the idea of “living off the land”, and was a believer in the Native American culture and ways. He also enjoyed hunting, fishing and working with his hands.
He was preceeded in death by his father Earl Galloway, his step mother Catherine Ostlund, and his mother Dorothy Hess. He is survived by his three daughters, Katrina (Barry) McCormick, Korina Galloway, Karma Galloway, his sister, two nieces, and four grandchildren.
No memorial service will be held at this time, cremation and family gathering will private and held at a later date.