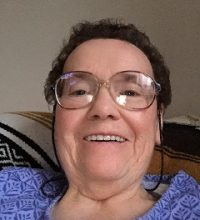 She grew up in a christian Dutch household in Downers Grove, with her grandmother and grandfather, mother and aunts and uncles and was very close to her aunt, Grace Morris (Laning) 10 years her senior. Joyce had two sisters, Bernice and Kathy and one brother, Raymond. She graduated from Downers Grove High School, in Illinois in 1960 and she worked for 10 years in banking as bookkeeper and teller in west suburban and downtown Chicago. She married Richard Lusnia on March 15, 1968. Daughter Karen, was born in 1970, and shortly after, they moved to Northern Wisconsin where Joyce ran a small general store and where they had a hobby farm. In 1976 Joyce joined her husband, Richard, in his print shop and continued operating the shop after his death in 1993, until 2013. Joyce became Ill in 2016 and never fully recovered, with much help from friends and family she was able to finish her days with an inner strength and determination. She will be remembered for her love of nature, her generous character and her great capacities in fishing and being a wonderful fishing buddy.

Joyce is survived by her daughter Karen of Mexico City, her grandchildren, Carolina and Adrian: her siblings, Bernice, Raymond and Kathy: her husband Richard’s children and grandchildren, Richard, Carol Ann, Linda, Robert and Charlie. as well as extended family and friends.