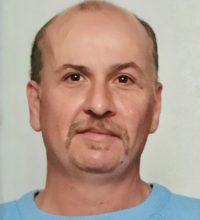 A Celebration of Life will be announced at a later date.

John A. Burch, 59, passed away on June 6, 2022 at his residence.John was a Union Boilermaker for many years. He was also a skilled mechanic.He enjoyed hunting, fishing, camping, and spending time with his family.John was preceded in death by his father, George Burch…Henry Mackie,brother Joseph Burch, and daughter Kayla Burch.He is survived by his mother, Judy Mackie (Superior),son Travis Burch (Hayward), grandsons Ayden and Blake,brother Brian (Stacy) Mackie (Superior),brother Erik (Amy) Mackie (Duluth),and sister Arlene Mackie (Superior).