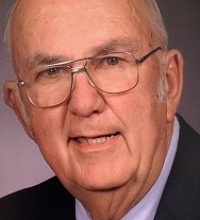 A private service will be held Friday August 21, 2020. Thank you to the Benedictine Marywood staff for their compassionate and understanding care. Donations may be made to CHUM in Jim’s honor.

James Settergren, 85, passed away after a lengthy progression of Parkinson’s disease on Sunday, August 16, 2020. He was born August 13, 1935 to Carl and Vera (Erickson) Settergren in St. Paul, Minnesota.

Jim grew up in south Minneapolis where he shared many adventures with his older brothers. He graduated from Roosevelt High School then went to the University of Minnesota and graduated with a business degree. He served in the U.S. Army from 1955 to 1961. Upon leaving the Army he worked with his Dad and brothers for a short time in the family hardware business. In 1955, he married the love of his life, Carol Werhan. In 1971, Jim and Carol settled in rural Gnesen Township where they raised their family and made lifelong friends. Jim’s love of adventure and a desire to explore led to a successful and diverse career in aviation. He flew several different types of aircraft as a Corporate, Airline, Government and Alaskan Bush Pilot. He also diversified into aircraft and insurance sales, farming and even truck driving for a short time. Jim enjoyed restoring and showing Mopar muscle cars, as well as being an avid outdoorsman. He was an active member of First Lutheran Church and participated in several ministries throughout the years. His kind character always made for excellent company. Jim’s strong will and loving, helpful manner will be dearly missed by all who knew him.

He is preceded in death by; his parents and brothers Dale and Philip Settergren.