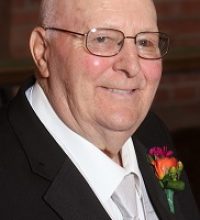 At Gordy’s request there will be a private family memorial.

Gordon was blessed with two special women in his life. He married Marcella Koopman in 1955 with whom he raised three children, Shelly, Greg, and half brother Ronald Koopman. Marcella passed away in 1980. Gordon then married Julie Kofstad in 1984 adding two step children Kody Kofstad and Karla Stricker.

Gordy enjoyed spending time with his family and watching it grow. He served his country honorably during the Korean War and afterward became very active in the Veterans of Foreign Wars. He then moved on to spend his life as a tradesman welder in Northern Minnesota. Gordy enjoyed hunting, fishing, spending time at his cabin in Grand Marais, and was an avid gardener.

At Gordy’s request there will be a private family memorial.