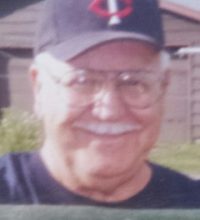 Visitation 10:00 am until the 11:00 am Memorial Service, Saturday December 6 at St. Rose Catholic Church, Proctor

He was born in Duluth, MN to George T. and Ann Miller. George was a graduate of Proctor High School. On September 23rd, 1950 he married Alvera “Evie” Lind. He started as a call boy and retired as Yard Master on the DM&IR Railroad after 44 years of service. George was very active and influential in the unions throughout his life. George also owned and operated Miller Memorials for over 60 years serving generations of families in the Proctor and Duluth area.

He was preceded in death by his parents, a sister Lorraine, and his son Tim. George is survived by his loving wife, Evie; his daughter Sue, his son Tom, his daughter in law Linda Miller, two grandchildren, Chaudette Miller and Benjamin Miller, sister in-law Marge Lind, sister in-law Jerrie (DeWayne) Wagner, many nieces, nephews, other relatives, and many friends.