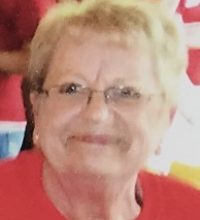 She grew up in Marengo WI in a crowded house surrounded by her 7 siblings and a large extended family in the area. She married James Hepokoski in 1962 and celebrated over 50 years of marriage before his passing in 2014. They settled in Esko, MN where they raised their family. From humble beginnings, she went on obtain a teaching degree from the Wisconsin Teachers College and later a Master of Education degree from UW-Superior. She was passionate about education and taught at several schools before becoming one of the founding members of what would later become Lake Superior College where she was an instructor until her retirement. She was a strong advocate for the disabled and underserved in the community and believed that education provided a positive path forward. Always generous with her time and efforts she enjoyed conversing with anyone she would meet and spent countless hours at the dining room table drinking coffee with friends and family. Her home was always open to anyone and many people over the years spent a few days, weeks, or months occupying the spare bedroom. She enjoyed travelling as much as possible and cherished many extended trips to Hawaii, shopping for “bargains” at second hand stores, spending weekends with her son Dan, and seeing her two beloved grandsons. One of her greatest joys was seeing others succeed and she remained relentlessly positive through much adversity while providing inspiration and encouragement to many.

She is preceded in death by her parents, her husband James, son Charles, and all of her siblings with the exception of her sister and best friend LaVerne.

Frances is survived by; her sons Tim (Leigh) Hepokoski, Scott (Melissa) Hepokoski and Dan Hepokoski as well as her cherished grandsons Brian and Mika.