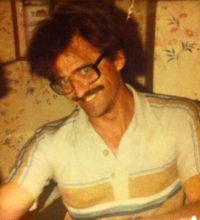 Services to be announced at a later date

Eugene J. Pomither, 65, passed away Saturday February 21, 2015 at St. Luke’s Hospice in Duluth with his immediate family by his side. He was born August 15, 1949 to John and Jean (Johnson) Pomither in Duluth.

He is preceded in death by his parents; and brother, William.

Services will be held at a later date.