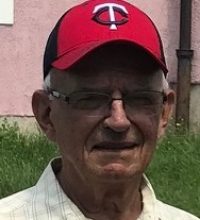 At his request there will be no funeral service. A gathering of family and friends will be held at a later date.

Edward A. Pocrnich, 79, of Silver Bay, MN, died of natural causes on September 12, 2018, surrounded by his family. He was born June 19, 1939, in Cook, MN to Croatian immigrant parents Anton and Manda (Lekatz) Pocrnich and was proud of his ability to speak Croatian quite fluently. Ed grew up on a farm adjacent to the town of Orr.

He was a 1957 graduate of Orr High School, Virginia Junior College in 1959 and UMD in 1961 with a degree in elementary education. In 1966 he received his Master’s Degree in Elementary School Administration from Bemidji State University and continued his education at UWS.

Within the past two years Ed made two trips to Croatia with family members and visited the home towns of his mother and father as well as the capitol, Zagreb and cities along the Adriatic coast.

At his request there will be no funeral service. A gathering of family and friends will be held at a later date.