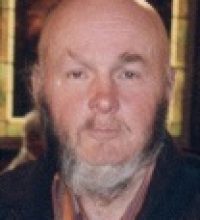 A Memorial Service will be planned for a later date.

Earl Richard Rosenwinkel died in Duluth, MN, on April 7, 2020, from complications due to Covid-19.

Born Feb. 1, 1936 in St. Paul, MN, he graduated from Mechanic Arts High School in St. Paul and went on to study biology at Macalester College, eventually earning his doctorate in botany from Rutgers University. He conducted research and taught at several colleges and universities, most notably at Portland State University as an ecologist and Assistant Professor of General Science. A particular area of study was the unique ecology of Isle Royale National Park in Lake Superior, where he spent a number of summers doing botanical research. In addition to his scientific expertise, Earl was a spiritual seeker, enrolling in Luther Theological Seminary, St. Paul, where he earned a Master of Divinity degree in 1989. He served as an assisting pastor at the White Earth Reservation Episcopal Church, eventually moving to the Duluth area where he was an Ecological Data Manager with the Hartley Nature Center. An avid devotee of the African drums, he often played while assisting in worship with Peace United Church of Christ in Duluth.

The driving passions in his later years were organic food and sustainable agriculture, as he sought to find expression for his many interests and become more deeply connected with Mother Earth.

A memorial event is being planned for a future date.