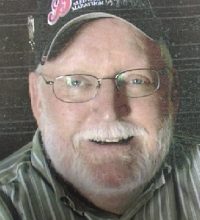 Don graduated from Sac City High School in Iowa, where he received many sporting awards and held school sprinting records for many years. After high school, he spent four years in the U.S. Air Force and served in the Vietnam War, with one year in DaNang. He returned home and graduated from University of Northern Iowa with a B.A. in accounting and marketing.

Don worked as a field agent with the Federal Treasury Department, Cass County Chief Deputy Auditor and retired from Carver County as a Social Services Fiscal Supervisor in 1989. He also owned Galloway Accounting with his wife.

Don was a sports and news junky. He enjoyed fishing, boating, waterskiing, camping, feeding birds, meeting friends for coffee and spending time with his family.
Don was a loving and caring husband, father and grandfather.

A Celebration of Life and burial will be held at Fort Snelling National Cemetery at a later date.

Thank you to the Minnesota Veteran’s Home Silver Bay for their amazing care and compassion.