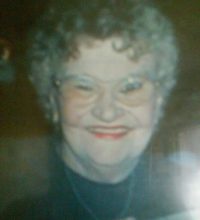 A private ceremony will be held at a later date.

Dee moved to Duluth in 1963 with her family. She worked at F.W. Woolworth’s and at Jeno’s.

She met her soulmate, Robert Bullyan in 1973. They were married in 1988. Dee loved her family, friends, and music. She enjoyed gambling and bingo. Dee truly had an open door for everyone. She shared her sarcasm with anyone who would listen.

She is preceded in death by; husband Robert; her parents; sister Muriel; and brother-in-law Johnny.

A private ceremony will be held at a later date.