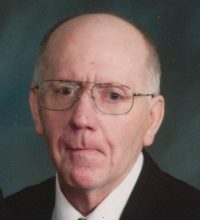 David Melvin Hill, 72, of Duluth passed away peacefully on Monday, November 7, 2016 in St Luke’s Hospice due to complications from strokes and diabetes.

He was born to Melvin & Maudie (Stokes) Hill on December 4, 1943 in Flat River, MO. He graduated in 1961 from Desloge High School. He enlisted in the Navy in January 1962, serving aboard the USS Merrick, which was on standby during the Cuban Missile Crisis. He met and married Lynda Peterson in Portland, OR, and were together for 52 ½ years. In 1965, the ship went to Vietnam. Upon returning, he joined the Naval Reserves and worked at the US Steel Plant until its closure. In 1972, he enlisted in the US Coast Guard retiring in 1988. He then worked for Qwest Diagnostics until suffering a major stroke in 2002. He was then cared for by his wife and son (Darren) at home for 14 years prior to going to Silver Bay Veteran’s Home. David enjoyed playing poker, pool, bowling, watching boxing and smoking his pipe.

The family would like to personally thank Dr. Daniel Bowman & St Luke’s Hospice for their support and compassion. Also a special thanks to the Minnesota Veteran’s Home in Silver Bay for his care the last 10 ½ months. Lastly, to the Benedictine Adult Day Care Center where he thoroughly enjoyed all the Staff, activities and friends he made.

A private family gathering will be held. Arrangements made by Affordable Cremation & Burial.