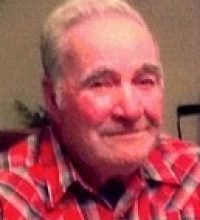 A private family service and interment will take place at the Normanna Cemetery at a later date.

He served in the USAF during the Korean War and received 3 Bronze Stars while serving his country. David married the love of his life Lone (Sironen) Cooke on March 6, 1954 and together they built their home and raised a family in Duluth. David retired after 30 years with the Teamsters driving truck for various companies, Anderson-Kivi Trucking, Zalk Joseph, Wilderness Express & RTC. He also worked ten years building pole buildings with his sons-in-law. David enjoyed deer hunting, fishing, logging, playing cards and was always up to doing a challenging puzzle. He was a member of the French River Lutheran Church. David was a hard worker, energic, always ready to help others and he could strike up a conversation with anyone no matter where he went. If you asked him who he was talking to he would say, oh, I hauled a load of pipe for the bridge next to their house.