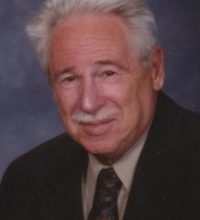 Private services will be held at a later date.

David Paul Goman, 88, passed away at Benedictine Health Center Friday January 27, 2017 after a long battle with Parkinson’s Disease. He was born in Carlton, Minnesota December 20, 1928 to Charles (Pete) and Clara (Dahl) Goman.

David spent his early years in Little Marais where he developed a passion for brook trout fishing.  He was also a lifelong deer hunter. He married Carol Truax in Februay, 1949, and they were just about to celebrate their 68th anniversary. Dave and Carol raised their family in Duluth where David was self-employed as a flooring installer. He took great pride in his workmanship. He was preceded in death by his parents; brother Robert; two sisters, Beatrice Cran and Jane Amundson; three nephews, Bob and Tim Colalillo and David Amundson.