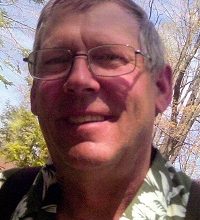 A Celebration of Life will be held on Feb. 29th, at the Meadowlands Community Center. Visitation at 1:00 PM followed by a service at 2:00 PM.

Danny Watsula of Meadowlands passed away unexpectedly in his home on Thursday Feb. 6th, at the age of 66.

After graduating high school Dan continued his education at Eveleth Vo-Tech for welding. He worked at Malton Electric several years, then went to work at US Steel Minntac Plant in Mt. Iron, MN, as a Millright and retired from there after 30 years of service.

Dan was united in marriage to Bonnie Sanders of Feb. 17th, 1973. Together thay had 2 daughters, Paula and Michele. Dan was a loving husband, father, grandfather, son and brother.

He and his father purchased a sawmill in the 70’s, many board feet of lumber came off that mill. The Watsula Sawmill was started as a hobby. Dan harvested his own wood and sawed it at the mill to build his home. Dan had a love of the white pine. He never wanted to cut down good trees, only the bad ones with the dead tops.

Throughout Dan’s lifetime he designed, fabricated and built many things for himself and others and anyone who came to know Dan. As most of his friends would best describe him as a humble genius, which would be a shadow to his greater friendship. Dan would vision things in his head that he wanted to make, and would go to the garage and start of these projects. That is what Dan enjoyed doing in his free time and after retirement, he was happy to be in his garage, making things. He bought a Ranger side by side, it wasn’t quite what he wanted, he wanted doors on it, so he made the doors for it. He said he bought the Ranger with the bench seat so he could take his youngest grandson and grandma on rides with him.

It would be nearly impossible to give a summary of Dan compared to what he has given us in return.

He was preceeded in death by his father “Chuck”, his older brother Carl Jr, younger brother David, and baby Watsula.

God bless Dan and all the ones who knew him.