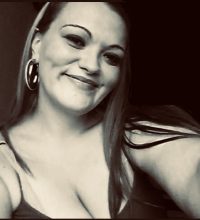 I got the honor of writing this on behalf of Charlotte,  she was like another mother to me, never wanted to be defined by life’s misjudgments. As she was much more than that. Char was a beautiful astute child, She was feisty and outspoken. However, would do anything for anyone and always made the room feel like home with her smile and sense of humor. Even while struggling with her own hardships. She loved her family deeply, believed strongly in second chances, maybe because she craved another chance for herself.

“In life, we loved you dearly, in death we love you still. In our hearts you hold a place, no one else will ever fill. I cried endlessly when you died but I promise, I won’t let the tears mare the smiles that you’ve given me when you were alive. I know you are listening from above”

Charlotte was born in the state of Washington to Deborah Jean Erickson, she had quite a adventurous life, living in varies states but Duluth Minnesota was her favorite home, the very last place to claim her before her journey, Charlotte had 5 children whom she will be leaving behind Alyssa, Alexander, Alijah, Aalijyah, tyrone.  everyone will miss her terribly, She is preceded in death by her siblings Micheal King, and Shawn King, multiple friends and other family members. It’s always hard to say goodbye so for now we will say see you later.