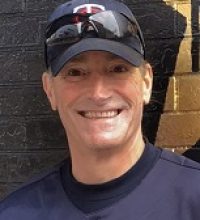 Charles was born in Minneapolis on August 22nd, 1962 to Richard and Kay Conway(Stone). He was a longtime employee of Reptron (Hibbing Electronics) until their closure and then went on to have many other jobs in many places. Charles spent much of his free time watching Jeopardy, completing crosswords, hunting, fishing and spending time with his two daughters.

Special thanks to the staff in the neurological intensive care unit at St. Mary’s Medical Center