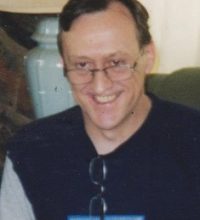 At Brent’s request, no services will be held.

Brent Sherman, 63, of Duluth MN, died Thursday December 8, 2016 at his residence. He was born in Virginia, MN on August 9, 1953 to Margaret and Franklin Sherman.

Brent enlisted in the Army straight out of High School in 1971 and made it through Ranger School. He spent some years in the military, but was never sent to Vietnam at which time he went to jump school with the 82nd Airborne. Then in 1990 he joined the MN National Guard at the start of Desert Storm and was at Fort Knox with his tank crew to be deployed when the action ended.

The family would like to thank Dr. Braunworth and St. Luke’s Hospice for their care and compassion.

At Brent’s request, no services will be held.