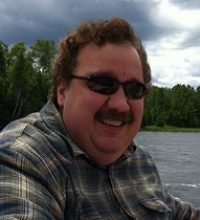 Celebration of life will be at a later date.

Preceded in death by his parents Lola and Wallace, and brother Kelly Anderson.

Brad grew up in Lakewood Township and attended Lakewood Elementary School. Later the family purchased the Town & Country Motel in McGregor, MN where Brad graduated High
School. He also attended Lake Superior College. He was co-owner of Twin Ports Collision Repair (TPCR) where he recently retired. He lived in Duluth’s Lakeside neighborhood and Gnesen
Township, where he resided at time of death. Brad was very proud of his daughter, Sophie and his grandchildren, Keira and Max. He was very fond of his nephew Garrett Anderson with
whom he shared a special bond. He was a fun-loving, affable person. He enjoyed getting together with family and friends, going for rides on his pontoon or ATV, fishing, grouse hunting, and
occasionally a sip or two of his Canadian Hunter. He was loved by many and will be missed.

Celebration of life will be at a later date.