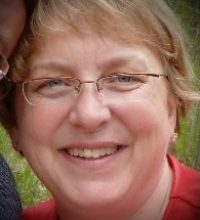 Ann Marie West of Two Harbors, MN, passed away Wednesday, May 29, 2019 at the age of 56 after a recent diagnosis of pancreatic cancer.

Ann was a band director and teacher at Lincoln Park, Holy Rosary and Ordean middle schools in Duluth, MN, as well as Hibbing public schools. She also had taught at the University of Wisconsin-Superior and University of Minnesota-Duluth Academy and was a trumpet performer in many local professional groups.

Ann grew up in Menahga, MN, and graduated in 1981. She received her Bachelor of Science in Instrumental Music Education from Bemidji State University in 1986. At BSU, she met David Haaversen and they were married in Bemidji, MN, in July 1987. Ann attended the University of Iowa, earning her Master of Fine Arts in 1993 and Doctorate of Musical Arts in 1995, both in Trumpet Performance.

She was passionate about music and teaching, wilderness, travel and justice. She cherished her time with family and friends while camping, roadtripping, kayaking, canoeing and hiking.

Memorials may be made to the American Cancer Society or Friends of the Boundary Waters Wilderness.